Hi everyone. I’d like to introduce our new Coffee Hunter, Mr. Paul Massard, by posting his travel summary of our latest trip to Peru. Paul joined us this spring and you’ll be hearing lots more from him in the coming months and years.

Paul will have his own “Bean Hunter” blog on our new website in the near future. But for now, please read his interesting notes regarding Peru. 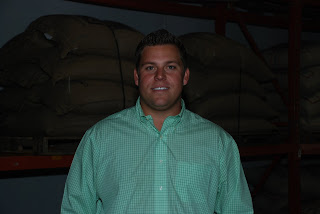 Our Visit to Lima by Paul Massard