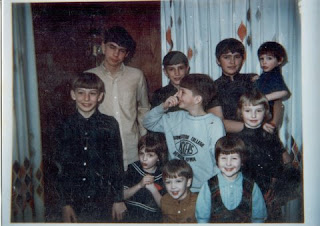 Success has always been one of my favorite endeavors. I’ve generally measured it by “being the best that we can be” and seldom in monetary or financial terms. My dad raised me this way, and would always say “go your best”. And if we did our best, he was always happy and proud. But if he felt that we were slacking…or, God forbid, LAZY, then he’d show disappointment in us and that was always an effective motivator for me.

During my 20’s I started reading autobiographies of famous, successful people. At the time I really didn’t admit it, but inside I really wanted to know “the secret”; I just knew that in one of these books, I’d find a breakthrough. But, after several books, it became apparent that there was no secret; indeed, that it was only a result of extremely HARD WORK! And so, I was depressed! I wasn’t truly depressed, but it was the beginning of trying to understand what success really was, and what it meant.

So, I began working on my career in earnest and trying to decide on my true passion. I have always had so many different interests that it was hard to decide which one was the strongest. So, I just continued to work hard, to be extremely curious and very adventuresome. It wasn’t long until coffee rose to the top and my life began to revolve around this intense passion.

Over the years we’ve worked extremely hard, well past 100 hours a week in the beginning, and we’ve been lucky. In the early days, fear pushed me as much as my passion pulled me. I was afraid that if I didn’t do everything that I could do to succeed, then I possibly wouldn’t; and that was simply unacceptable.

Last week while in Costa Rica, one of the books that I read was “Outliers”, by Malcolm Gladwell. It’s basically about success, successful people and the story behind it. He points out how crucial timing is and that while people like Gates or Jobs can seem like overnight successes, the truth is that they were in the right place, at the right time, and yes…they worked brutally hard to be successful. He talks about a concept of “10,000 hours”, that to be really, really successful at something one has to invest that much time in practice.

For example, most of us believed that the Beatles were an overnight success but this is far from the truth. I won’t spoil the story but it is fascinating to learn how hard they worked. Dustin Hoffman waited tables for 10 years before his breakthrough part in The Graduate. He goes through many other examples and it is a quick, awesome read.

So, the older I get, the more I strive for success and excellence. Now I’ve channeled much of this into raising our two young children. The next time you notice an extremely well-behaved child…smart, curious, full of confidence, talk to the parents about how this happened; and you’ll hear about intense, hard work. Totally gratifying and worth every second…but certainly no accident. I can’t begin to give myself a scorecard in parenting, but I sure have an appreciation of what is involved…and I love every minute of it.

It’s no accident that our best, most successful associates are extremely hard working and hold themselves accountable. The best performers push themselves way harder than anyone else would. Their pride drives them to continue to strive for success and not accept mediocrity. Everyone is different and was raised differently but I am very grateful for the way that my parents raised us. Healthy pride is a good thing…whether one is a musician, Peace Corps worker or in business. Success and excellence are relevant to all endeavors and mediocrity sucks.

*photo is of Danny with his siblings.